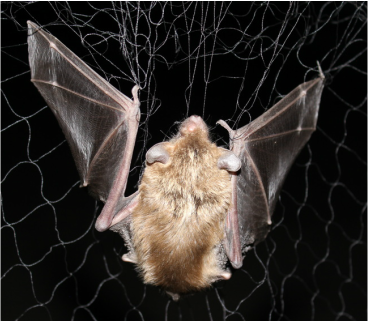 Host-environment interactions and mortality​​​ of bats with white-nose syndrome
The way hosts use their environment can greatly influence outcomes of disease. Temperature and humidity microclimates that would be enticing under normal circumstances may become ecological traps when a pathogen that thrives in those microclimates is introduced. This is one hypothesis for why many bats have died of white-nose syndrome in North America: the conditions that susceptible bats use to hibernate overlaps heavily with the conditions in which the pathogenic fungus Pseudogymnoascus destructans thrives. I am testing this hypothesis at the individual and population level. Using individual morphometrics and microclimate choice data gathered by novel bat-fit miniaturized data loggers, I am developing Bayesian hierarchical models that predict individual bat hibernation energy use and survival with white-nose and scale to population level predictions. 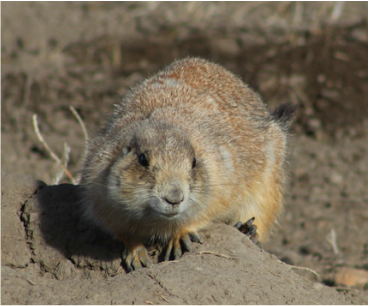 Predicting conditions that promote evolutionary rescue in host-pathogen systems
​Novel pathogen introduction can have drastic consequences for naive host populations, and outcomes can be difficult to predict. Evolutionary rescue (ER) provides a foundation for understanding whether hosts are driven to extinction or survive via adaptation. Currently, patterns of host population dynamics alongside evidence of adaptation are used to infer ER. However, the gap between established ER theory and complexity inherent in natural systems makes interpretation difficult because these patterns can be confounded with ecological drivers of survival under the current theory. To bridge this gap, we expand ER theory to include biological selective agents and employ a novel framework evaluating ER potential within natural systems to identify system characteristics that make ER possible. We use the plague system of Yersinia pestis infecting black-tailed prairie dogs and California ground squirrels as a case study.